MACROBIOTICS: THE ULTIMATE DIET
and, Medical lessons from my Mother-in-Law

As I drove to the airport to pick up my Mother-in-Law, I had no idea that I was starting a seminar in nutritional medicine. She was a warm and delightful woman but she struggled to walk with her 230lb on a 5’ 3” frame. She had high blood pressure, diabetes, and chronic fatigue, popping seven medications every day.

Fast forward six months and she weighed 170 lbs, having lost 60 lbs and her blood pressure was 125/70 and her fasting blood sugar was 75. She had stopped all her medications under my supervision as her diabetes and high blood pressure were gone. She was walking two to three miles daily without pain and sun tanning by the pool. She had been medically transformed by a low fat macrobiotic diet of whole grains, vegetables, beans, sea vegetables and more, lovingly prepared by my wife, Vesna, a macrobiotic counselor of 16 years.

The macrobiotic diet is based on the foods eaten by the healthiest societies on earth and it has been used to reverse all types of disease. George Oshawa used macrobiotic principles to cure himself of tuberculosis in 1911 and then spread the word to Europe and America. Mishio Kushi popularized the healing power of whole foods in America. Cancer, heart disease, diabetes, high blood pressure and many other diseases have resolved using the macrobiotic philosophy, providing strong support for the ancient wisdom of Hippocrates who said, “Let food be by thy medicine.”

Arising from the wisdom of many diverse cultures over hundreds of years, the macrobiotic principles are now merging with modern medical research to create convincing evidence for the best diet for mankind. Consider the following:

While arising from the research laboratory of human experience over hundreds of years and now supported by nutrition and medical laboratories, the modern macrobiotic diet consists of the following:

I have practiced medicine since 1970 and over the years I have tried every diet that hits the newsstands and bookstores, usually first on myself and then my patients. From the Atkins diet to the Zone diet, Mediterranean, Blood Type, Metabolic Type, on and on.

Most are based on a little science and some are based on none. Most are nicely written in glossy books and promoted by well meaning and enthusiastic practitioners who in turn transfer that enthusiasm to their audiences. Therefore there is usually success, at least for a little while. But none of them stands on anything near the comprehensive epidemiologic research supporting The China Study, and none of them, except perhaps for the Paleolithic diet, is founded upon hundreds of years of ethnic and cultural wisdom as the macrobiotic diet.

Let us consider for a moment what our ancestors ate on this earth for the past 50,000 years or so. What is the pre-historic “traditional diet” for humankind? What foods is our DNA best suited for? According to Richard Leakey, the well known paleoanthropologist, “our ancestors ate primarily a Chimpanzee-like vegan diet, with an occasional morsel of meat.” Later on Jane Brody, writing in the New York Times states:

“The new view – coming from findings in such fields as archaeology, anthropology, primatology and comparative anatomy – instead portrays early humans and their forebears more as herbivores than carnivores. According to these studies, the prehistoric table for at least the last million and a half years was probably set with three times more plant than animal foods, the reverse of what the average American currently eats.” 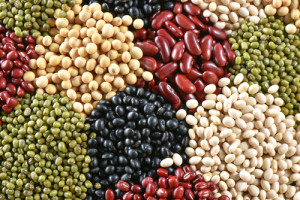 But culturally and emotionally based belief systems die slowly, and, you can use “science” to prove almost anything. As Dr. Campbell presents in one of his lectures titled, “The Worship of Protein in Modern Society”, we modern humans love meat. However, just like our ancestors, you can get plenty of protein from plant based foods such as whole grains, beans, vegetables, nuts and seeds.

Basically, macrobiotics evolved from the experience of healthy cultures and astute healers over hundreds of years into a philosophy of living and eating that improves health in mind and body. Not only do most diseases gradually fade away as diabetes and high blood pressure did for my Mother-in-Law, but people experience greater mental clarity and emotional stability. Also, as people progress on the path of macrobiotics, they invariably notice that their body communicates to them and “tells” them what foods are best to eat.

The wisdom of the human body is unfathomably complex and beyond the understanding of any scientist. Once the daily fatigue, aches, pains, stiffness, depression, anxiety, indigestion and other mixed and overlapping communications are cleared through healthy eating, these signals will become the messages and guidance that they were meant to be. As Norman Cousins so aptly wrote: “Your body has been trying to tell you something and you haven’t been listening.”

Vesna Cupara-Peters is the Macrobiotic Counselor at MindBody Medicine Center. She has 16 years of experience in macrobiotic counseling, including serving as personal assistant to the Macrobiotic and yoga teacher Vera Pilipovic from 1994 to 1997. In 2001 she was personal assistant to Mina Dobic, a renowned Macrobiotic Counselor who healed herself from cancer, and wrote a book, My Beautiful Life. And, in 2010 she completed a yearlong training program with David Briscoe, another international macrobiotic counselor who healed himself from schizophrenia, chronicling his experience in a book, titled A Personal Peace, Macrobiotic Reflection on Mental and Emotional Recovery.

Whether your goal is simply to feel better, prevent disease, eliminate diabetes or help in treating cancer, Vesna can assist you on this powerful healing path.