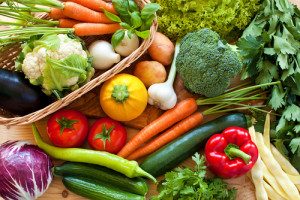 John is one of the pioneers of natural health and macrobiotic education in the United States. For 37 years he has taught and counseled over 30,000 people in his private practice and at the Kushi Institute where he has the distinction of being the only senior faculty member with 27 years of uninterrupted tenure.

ch. The most concentrated

forms of carbohydrates are whole grains and fruit. Grains must be cooked to be digestible. If a person tries to get carbohydrates from fruit, alone, they will eat too much simple sugar with very damaging effects on health

There is very little fat in vegetables so there are not fat digesting enzymes. These would be present in raw olive oil and avocados. Both are excellent raw.

There is very little protein in vegetables so there is not much protein digesting enzymes. Vegetarian sources of beans must be cooked to be digestible. Sprouting works, but beans are still more digestible by cooking. Raw fish such as sushi is a good raw protein source.

The enzymes will not break down the fiber wall of the vegetables which contain the nutrients.

No culture ever ate raw vegetable foods as their main foods. The raw food movement started in the late 1800’s in Europe. At first, this was in response to the excessive eating of meat and dairy products by the burgeoning middle class. They were becoming sick.  Before this no one considered raw food edible in both east and west. Raw foods were eaten as condiments. Cooked foods raise the white blood count because they strengthen the immune system. 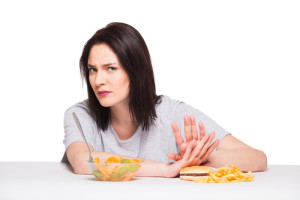 Healing from raw foods diets arise more from fasting and cutting out junk meats and other junk foods. Nutrients are absorbed primarily through raw food juices and sprouts rather than raw vegetables and fruits alone, but it would be difficult to survive on juice long term. Additionally, people on raw foods diets often incorporate food concentrates or supplements.

There is lots of incorrect thinking in the raw foods movement. Raw food will never be easier to digest because we don’t have a rumen. See the website, www.beyondveg.com for problems associated with the thinking behind all raw and health problems that result.

If you want to eat raw, keep your eyes open for FTT (Failure to Thrive) syndrome. Raw foods diets are too low in nutrients and protein for long term use. They cool and slow the metabolism. It may take a few years for this to happen to a younger person.

I have counseled many people of all ages with health problems and nutritional deficiencies that arose from raw foods diets. Raw food was either inappropriate for the individual’s condition and constitution or done on a long term basis versus a short period of time. Short periods of time on a raw foods diet for certain types of conditions can have a benefit.