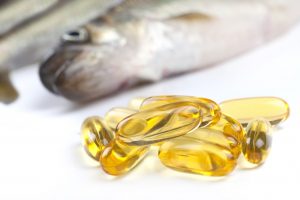 Following are the exact markers that were negatively impacted by Fenton’s experiment that showed fish oil accelerating aggressive cancer. Again, it is significant to note that even the researcher was expecting completely opposite results; she wasn’t even aware of the vast amount of negative fish oil studies until

she experienced her own personal research failure and started researching the literature for other failures:

The International Society for the Study of Fatty Acids and Lipids (ISSFAL) 4th Congress, which met on June 4-9, 2000 in Tsukuba, Japan, and was reported in the article titled “Omega-3 Polyunsaturated Fatty Acids, Inflammation and Immunity,” by Philip C. Calder, Institute of Human Nutrition, University of Southampton, Bassett Crescent End, Southampton, UK:

researchers clearly stated the increase is not due to better reporting, but a true increase in severity.]

Health study presented at the 70th Scientific Sessions of the American Diabetes Association.

Inconvenient Truth #12: Amount of supplemented DHA incorporated into the brain is insignificant.

and are not elongated to ARA or DHA [rather, staying in parent form].

Inconvenient Truth #14: The body only uses extremely small amounts of ALA to make DHA.

There were other published warnings about the overestimate of parent-to derivative amounts. The article, “Comparison of bolus versus fractionated oral applications of [13C]-linoleic acid in humans,” European Journal of Clinical Investigation, Volume 29 Issue 7 (2001), Pages 603–609, had this to say regarding over-estimations of derivatives (EPA/DHA): “Conclusions: Using areas under the curve [the simple, standard method of analysis] overestimates the conversion, because different residence times are not considered.”14

the infant was given adequate “parent” PEOs to ensure conversions.]

“…In patients with atherosclerosis, prostacyclin biosynthesis fell by a mean [average] of 42% during the fish-oil period.”

Inconvenient Truth #24: Fish or its EPA/DHA does NOT help depression.

the University Medical Centre Utrecht, the Netherlands wrote in the journal Cancer Cell.