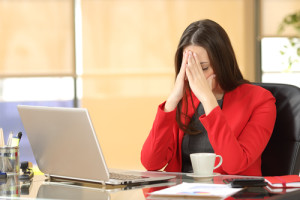 Chronic fatigue syndrome (CFS) is a unique and perplexing long–‐term, disabling illness that affects up to 10 million people in the United States.

CFS is found in both males and females of all races and socioeconomic levels, but seems to appear more often in middle–‐aged women.

There are a wide variety of symptoms, arising from both the body and the mind, including the following:

Since there are no laboratory tests that make the diagnosis, CFS is determined based on a variety of signs and symptoms that persist over six months when no other cause can be found.

CFS is an illness of modern life, birthed from a convergence of genetics, brain abnormalities, immune weakness, inflammatory tendencies, viral or other stealth pathogen infection, all precipitated by chronic stress and emotional challenges.

It arises from a complex array of mindbody disturbances, and therefore improves with mindbody healing, i.e. promoting health by restoring the body wisdom and accessing the healing power of the mind. 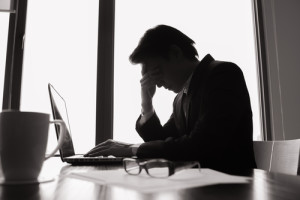 Research shows that most patients have various types of long term stress prior to the onset of fatigue and other symptoms. Stress up-­‐regulates the sympathetic nervous system releasing epinephrine and other hormones of acute stress. Also, the adrenal glands increase production of cortisol, the hormone of chronic stress.

The body is in chronic “danger” and long term projects governed by the parasympathetic nervous system, such as digestion, hormone production and immunity are reduced in order to insure survival. As Dr Sapolsky says in his book, “You don’t paint the garage when a hurricane is headed toward the house”.

Adrenaline and cortisol are designed for short-­‐term survival action, not continuous release. Over time these potent hormones weaken the immune system, reducing its power to fight viruses, bacteria, fungi and other microbes, while allergies to environmental proteins, foods, and inhalants increases. This is called a Th1 to Th2 shift and sets the stage for chronic infections such as Epstein-­‐Barr virus or HHV-­‐6.

Later on as the disease progresses, the stress system begins to fail and cortisol levels fall, further weakening the immune system and reducing energy throughout the mind and body.

In addition, 2-­‐5A synthetase is an enzyme, which induces the production of interferon in response to viral infection, is often elevated. This effect reduces interferon levels and the ability of the immune system to defend against viral infection.

Indeed, immune weakness and the inability to respond to chronic infection appear to be an essential feature of CFS. Dr. Garth Nicholson has shown that 60% of CFS patients have mycoplasma infections. Mycoplasma species seem to hide in the body and are often difficult to diagnose. In addition they do not always respond to antibiotic therapy.

Dr. Joseph Brewer is an infectious disease specialist with a lot of experience with CFS patients. He has found that the immune profile for people infected with human herpes virus 6 (HHV-­‐6) is very similar to patients with CFS. HHV-­‐6 infection is also difficult to diagnose and drugs that are used to treat the infection often have significant side effects.

Recently, he has been using certain forms of transfer factor to treat HHV-­‐6 infections in CFS patients. Transfer factor therapy usually produces a significant reduction in symptoms, as well as increased levels of natural killer cells, but the treatment must be continued indefinitely or relapse may occur. 2

Mindbody healing focuses on restoring the natural wisdom and balance of the body using vitamins, minerals, herbs and other natural therapies, such as the following: 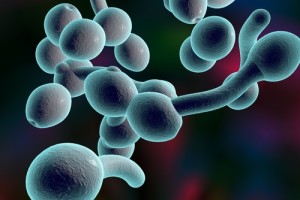 Another important piece to the CFS puzzle has recently been discovered. Doctors at Hemex Laboratories in Phoenix, Arizona, and other researchers have found that infection with mycoplasma and other stealth pathogens such as chlamydia, as well as some species of viruses such as EBV, CMV, HHV6 and possibly even fungi like Candida, can activate the immune and blood coagulation systems so as to produce increased levels of blood coagulation.

The blood becomes viscous or thicker, thereby reducing blood flow and oxygen delivery to the tissues of the body. With less blood flow and oxygen to support normal metabolism, many cells in the organs of the body begin to function at reduced levels, thereby offering an explanation for the numerous symptoms seen in patients with illnesses like CFS.

This newly discovered syndrome is called Immune System Activation of Coagulation, or ISAC, and it causes a thin layer of fibrin (blood clotting material) to be layered along the inner lining of the blood vessels, which not only reduces blood flow to tissues but also seems to hide stealth pathogens, like mycoplasma, which can live in the cells of the blood vessels. This may account for the difficulty in diagnosing stealth infections.

In a pilot study on 20 patients with CFS/FMS, 90% of them had evidence of increased blood coagulation, or ISAC.

Once the ISAC syndrome is identified, then anti‐coagulant therapy will dissolve the fibrin coating on the inner lining of the blood vessels, thereby allowing more blood flow and elimination of many symptoms throughout the body. Anti-­‐coagulant therapy not only relieves chronic CFS symptoms, it also may cause the stealth pathogens to be exposed in the body, thereby allowing for diagnosis and treatment of the underlying infection.

As patients begin to feel better physically, the next step is to continue the healing process into the realm of consciousness. This is where many people, including physicians, get a little uncomfortable, as they still believe that the body and the mind are separate; you treat one or the other.

The future of medicine is based on the recognition of the unity of mind and body. All illnesses are psychosomatic as conscious and unconscious factors are involved in every aspect of body function. Any treatment program that ignores precipitating psychological factors is incomplete. CFS is a classic mindbody disorder and demands deeper levels of healing.

Heart Rate Variability testing is an objective measure of stress in the body and allows them to gradually improve parasympathetic activity and reduce sympathetic arousal as they 3 progress in mindbody healing.

Counseling, emotional release, inner child writing, meditation, exercise are some of the tools available for the most important aspect of healing: improved self-­‐knowledge, spiritual understanding and the experience of peace and happiness. Thus illness has served its purpose, which is healing.