CELL DANGER RESPONSE: NEW INSIGHT INTO THE CAUSE OF CHRONIC DISEASE - MindBody Medicine

CELL DANGER RESPONSE: NEW INSIGHT INTO THE CAUSE OF CHRONIC DISEASE

Knowledge / Articles / CELL DANGER RESPONSE: NEW INSIGHT INTO THE CAUSE OF CHRONIC DISEASE
Share this...

CELL DANGER RESPONSE: NEW INSIGHT INTO THE CAUSE OF CHRONIC DISEASE 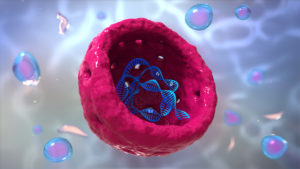 You and I are wired to escape danger by automatically firing the sympathetic nervous system so we can run away or fight to survive.  However, for the trillions of cells within our bodies, it is not so simple.  They cannot run away. They are programmed to survive dangerous invaders such as viruses and bacteria, toxic chemicals and metals such as mercury by activating the Cell Danger Response, or CDR.  Two key features of the CDR are reduced energy production (ATP) in the mitochondria and the release of inflammatory cytokines.   Once the threat is eliminated the CDR is witched off and energy production starts again, and we resume our normal lives.  However, sometimes the CDR does not stop and we stay fatigued and inflamed.  This pathological persistence of the CDR is believed to be a primary cause for many chronic diseases including autism, PTSD, chronic fatigue syndrome, rheumatoid arthritis and many more. In this article I will review the cell danger response, what turns it on, and, importantly, how you can turn it off once the danger has passed.

Dr Robert Naviaux at the University of California, San Diego School of Medicine has reviewed the choreography of micro-events that occur as the cells and organs of the body prepare to survive threats, such as invading viruses, bacteria, fungi and parasites, or, toxic chemicals and heavy metals like mercury, lead and aluminum, as well as excessive heat or radiation. Mitochondria are the powerhouses within our cells as they use oxygen to convert chemical energy from the foods we eat into an energy form that the cell can use, which is called ATP. There are thousands of mitochondria in our cells and they orchestrate the cell danger response, which includes the following: 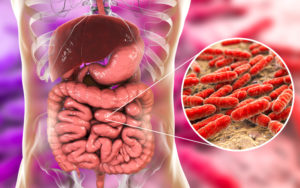 According to Dr. Naviaux, “healthy metabolism acts as a survival engine that computes the optimum chemical solution for fitness based on the developmental history, current environmental conditions, and the genetic resources available to the individual.”

Metabolism is all of the chemical reactions that occur in the cells of the body. Billions are occurring every second to respond to the surrounding environment in order to sustain life and they are intricately dependent on the health of the microbes that live in your body, or, microbiome.  Since there are more bacterial in your body than cells, they have evolved to act as a “living shield to protect us from opportunistic pathogens and keep us healthy”.

About 99% of the bacteria in your body reside in your gut, consisting of 3,000 to 30,000 species which provide a metabolic and genetic diversity which far exceeds that of the human host.

Again, according to Dr. Naviaux, “the composition and function of the microbiome are best considered as an ecosystem that is continuously shaped by the developmental history, diet, health and activity of the host.”  Basically, when the host is sick, the microbiome is also sick.  The chronic activation of the CDR changes the ecosystem in the bowel and perpetuates disease in some people

RESOLUTION OF THE CDR

Once the danger or threat is eliminated, the CDR is turned off by a series of anti-inflammatory messages, normal mitochondrial energy is re-established, and normal cell life begins again.

However, based on genetic predisposition and the intensity and magnitude of the dangerous exposure a dysfunctional and persistent CDR can occur which is the precursor of many chronic diseases.

According to Dr. Naviaux, the following diseases result from a pathological persistence of the CDR:

According to Dr. Naviaux, each of the metabolic features of the CDR listed above “can be addressed individually with speciﬁc treatments, or more globally with a combination of supplements, dietary and activity changes, or with adaptogen therapies.”

Naviaux and other researchers have found the cell danger response is triggered by various types of environmental stressors:

As Naviaux explains, these are triggers of illness, but they are not the cause of disease. As he presented to the Open Medicine Foundation on 9/28/2017, they all “ring the same bell – the cell danger response. “  In this new paradigm of disease, symptoms arise because a cell danger response gets stuck in the “on” position and can’t complete its healing cycle to turn itself back off as it is designed to do.

“In most cases of persistent chronic illness lasting for > 3–6 months, mitochondria are not dysfunctional. They are just stuck in a developmental stage that was intended to be temporary, unable to complete the healing cycle”

Illness gives patients temporary permission to act in more open ways emotionally.  But if they cannot learn to give themselves that same permission when they are healthy, then the moment they get well, the old rules again apply, and they find themselves in the psychologically and physically destructive situation that first contributed to their illness. 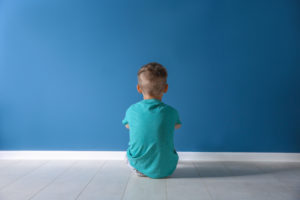 The cell danger response is turned on by dangers perceived at the cellular level, or, by dangers perceived by the individual in their life experience.  Dr. Naviaux has described the cellular events that initiate the CDR.  And we all have experienced threatening or frightening life events.  The horrors of war can be overwhelming and a soldier will often suppress the intense emotions and later develop PTSD.  For the abused or abandoned child, strong emotions are automatically suppressed, only to be stored in the unconscious mind as an emotional wound.  These wounds will surface later in life and contribute to dis-ease of one kind or another. In both cases the CDR is ignited by the powerful “fight or flight” sympathetic nervous system as it births anger, fear and panic.

In order to turn off the CDR, once the danger has passed, we need to understand ourselves and how we create stress and handle emotions. Extensive medical research also shows that digestion, blood circulation, immune activity, hormone levels are but a few of the systems controlled by the mind. Dr. Candace Pert, the NIH researcher who discovered neurotransmitters, said it simply: “The more I look, (at the immune system) the more I’m convinced that emotions are running the show.”

Basically, we need to heed the “message of illness” and consider the dysfunctional beliefs and suppressed emotional pain that are expressed within the fabric of your body as dis-ease. Mindbody medicine is the science of healing at the level of consciousness and represents the next step in healthcare.  It is based on the disturbing and eternal truth that the body is governed by consciousness (both conscious and unconscious).

Mindbody medicine will help you learn the following: