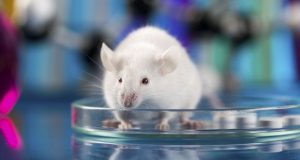 Australian and US researchers hope an anti-ageing compound could be trialled on humans as early as next year, following a key breakthrough that saw the ageing process reversed in mice.

The study, involving Harvard University and the University of NSW, discovered a way of restoring the efficiency of cells, completely reversing the ageing process in muscles.

Two-year-old mice were given a compound over a week, moving back the key indicators of ageing to that of a six-month-old mouse. Researchers said this was the equivalent of making a 60-year-old person feel like a 20-year-old.

It’s hoped the research, published in Cell, will be expanded to humans as early as next year, with scientists set to look at how the theory of age reversal can be used to treat diseases such as cancer, dementia and diabetes.

The research focused on an area of cells, called mitochondria, which produce energy. Over time, the communication between this area and the cell nucleus degrades, leading to the ageing process.

Researchers injected a chemical called nicotinamide adenine dinucleotide, or NAD, which reduces in the body as we age. The addition of this compound led to the radical reversal in the ageing of the mice.

“The ageing process we discovered is like a married couple: when they are young, they communicate well, but over time, living in close quarters for many years, communication breaks down,” said the UNSW professor David Sinclair, who is based at Harvard Medical School. “And just like a couple, restoring communication solved the problem.”

Dr Nigel Turner, senior research fellow at UNSW and co-author of the study, told Guardian Australia the rate of age reversal in mice was “amazingly rapid”.

“We mapped the pathway to ageing carefully, but it was a real surprise to see the markers of ageing move back so quickly in just a week,” he said.

Turner said a “magic pill” that reverses ageing is several years away, partially due to the cost of the compound, which would be about $50,000 a day for a human.

But trials are expected to commence as soon as next year, with researchers confident that side-effects will be minimal due to the fact the compound is naturally occurring.

“Now that we understand the pathway, we can look at other ways to restore the communication and reverse the ageing process,” Turner said. “People think anti-ageing research is about us wanting to make people live until they are 200, but the goal is really to help people be healthy longer into old age.

“We know that this cell communication breaks down in diseases such as dementia, cancer and type-two diabetes. This research focused on muscles, but it could benefit multiple organs and delay and prevent a lot of these diseases occurring.

“Whether that means we’ll all live to 150, I don’t know, but the important part is that we don’t spend the last 20 to 30 years of our lives in bad health.”