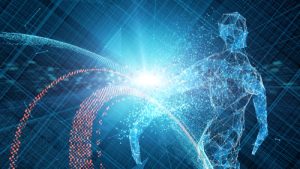 The universe is made of organized light. Oxygen is the energy for life. Aside from thought, which we do not yet have the science to measure, nothing is more fundamental to human life than light and oxygen.  These powerful foundational forces within our bodies provide a therapeutic effect that shifts the paradigm in healing.  Unlike pharmaceuticals which have a targeted effect in the body, light and oxygen create global systems benefit, which include the following:

These global benefits are especially important in a world with antibiotic resistant bacteria, chronic infections such as Lyme disease, HIV and hepatitis C, as well as chemical and heavy metal toxins accumulating in our bodies at a rate never before experienced in human history.

The ultraviolet wavelengths of light create the health benefits of light therapy by generating communication, or cell signaling, molecules called reactive oxygen species (ROS). Living for only microseconds, ROS orchestrate physiological systems in the body via growth factors, cytokines and other communication networks. These same reactive oxygen species are generated every second of every day by the energy producing mitochondria throughout the body becoming critical signaling molecules to coordinate a broad variety of cellular processes, such as cell proliferation and survival, DNA repair and gene regulation, apoptosis, immune activation, anti-aging, and much more.

Ultraviolet blood irradiation, or UBI, has been studied since the 1920s by numerous physicians and has shown unprecedented effectiveness in reversing infectious disease. One study published in 1942 showed a 100% response in 103 patients with acute bacterial infections including recovery in 14 moribund (near death) patients with sepsis, or bacterial infection of the blood.

By the 1940’s UBI had really begun to roll. Dr. Miley reported using UBI on viral pneumonia, which “cured the condition rather quickly”. He reported:

In the 1950’s the pharmaceutical industry rolled out antibiotics which were highly effective for bacterial infections and the interest in UBI faded away. Even though UBI therapy was superior for viral infections research into this effective therapy came to a virtual halt.

From 1955 until the 1990’s, only a few American physicians continued to work with UBI. Russia and Germany took the lead in Light Therapy producing scores of clinical studies.

Over one million UBI treatments have been successfully administered with astounding results and minimal side effects.